“... here is one transformed into a religious, contemplative, and a mystic person – standing face to face with God, whose spirit and wisdom and immensity one feels...”
Ivan Vazov

Vazov’s Eco Trail tourist destination is the only route that reaches the Skaklya Waterfall landmark – a recess that Ivan Vazov used to frequent. It is here that he wrote his well-known works Out and About Mala Stara Planina and Grandfather Yotso is Watching. This is why the tourist route, part of which is Vazov’s Eco Trail, begins at Vazov’s (Dangov’s) house in the neighbourhood of Koshushtitsa, then crosses Iskar River, meanders around Skaklya Waterfall in the land of the village of Zasele, and then ends at Zli Kamik (Evil Stone) overhanging Iskar River. The eco trail was originally built in 1972 with the help of the local people.

From Bov railway station and toward the neighbourhood of Skaklya, the well-signposted trail crosses Iskar River at the bridge, and continues along the Mezdra road, but after some 300 metres turns left and downstream along Skaklya River. Vazov’s Eco Trail was officially opened on 29 April 2007 and is now a tourist destination of growing popularity.

The trail infrastructure is complete. It is illuminated at night by equally spaced (5 m) lamp posts along the edge of the rock-crown nearby the village of Zasele. Bridges, litter bins, benches, alcoves, and information boards have been installed.

The pedestrian route passes through the following special-access-and-use territories: The Iskar Gorge Wood Park, the Skaklya Waterfall landmark, and Ponor Planina Mountain, which have been included in the Natura 2000 network.

Vazov’s Eco Trail is accessible by means of transport from both starting points – Bov railway station (in the neighbourhood of Skaklya) and the village of Zasele. The eco trail takes about 1 hour and 30 minutes to walk. 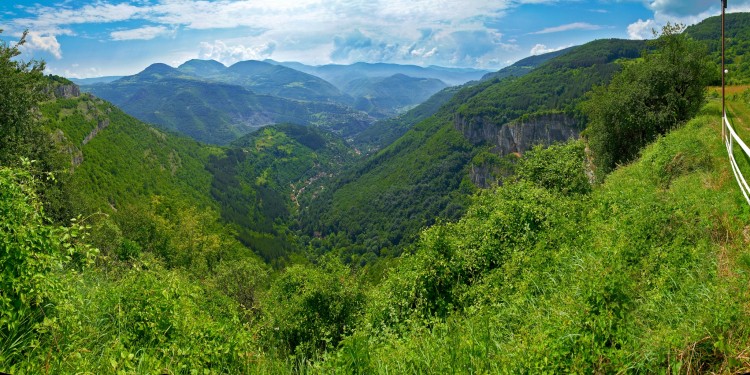 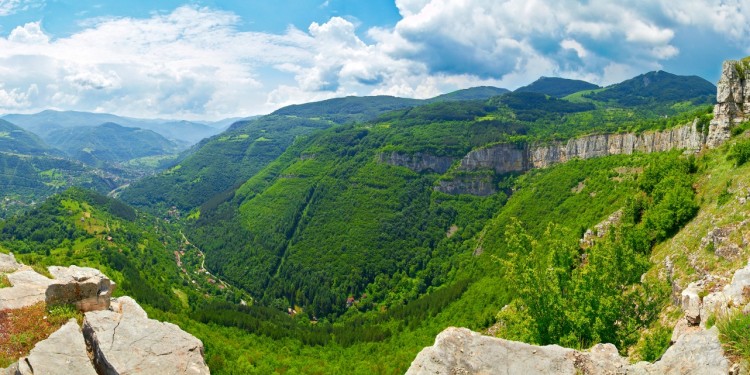 Skaklya, also known as Zasele Waterfall, is located near the village of Zasele, on the Zasele River, a left tributary to Iskar River. Its height is 85 metres and Vazov’s Eco Trail passes right underneath it. Close by is the Evil Stone (Zli Kamik) rock, from which Vazov’s character Grandfather Yotso watched with his blind eyes the first train travel along the Iskar Gorge, a symbol of New Bulgaria, reborn after gaining independence from the Ottoman Empire in 1878. 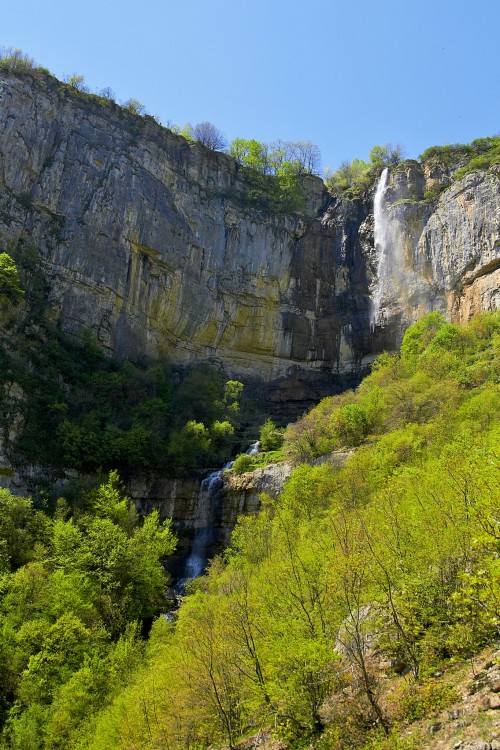 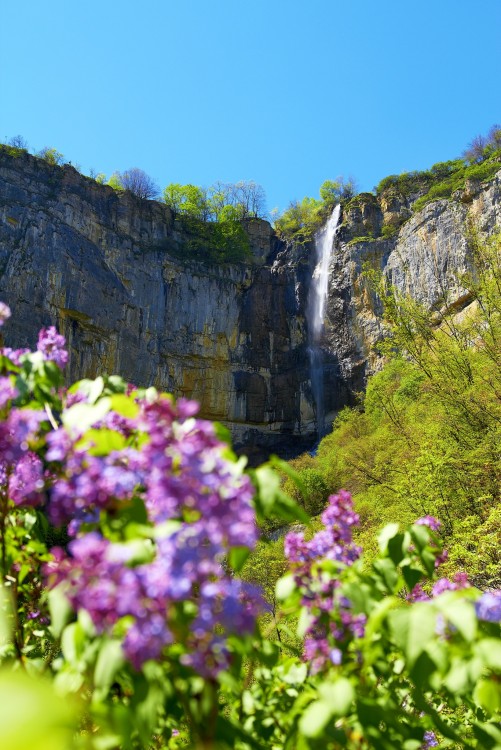 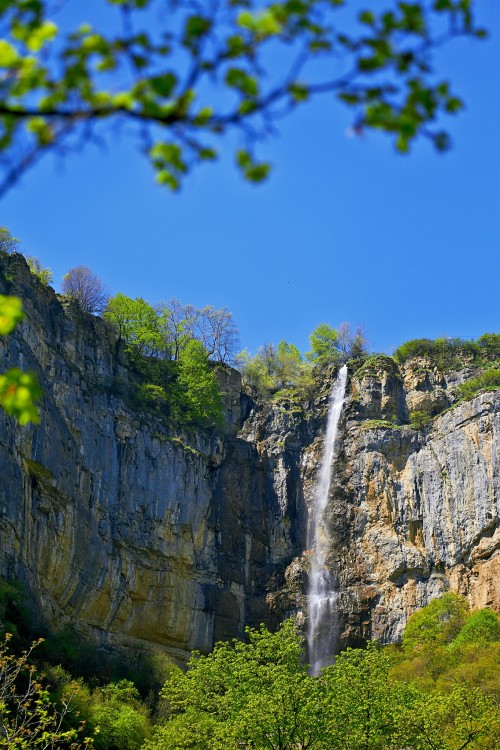 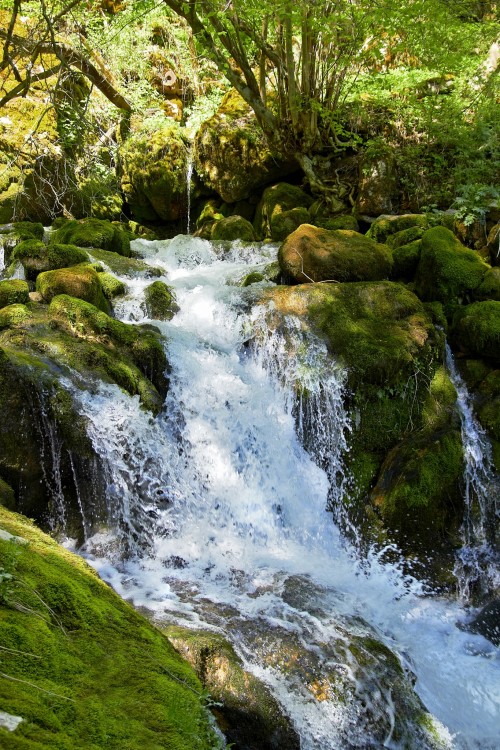 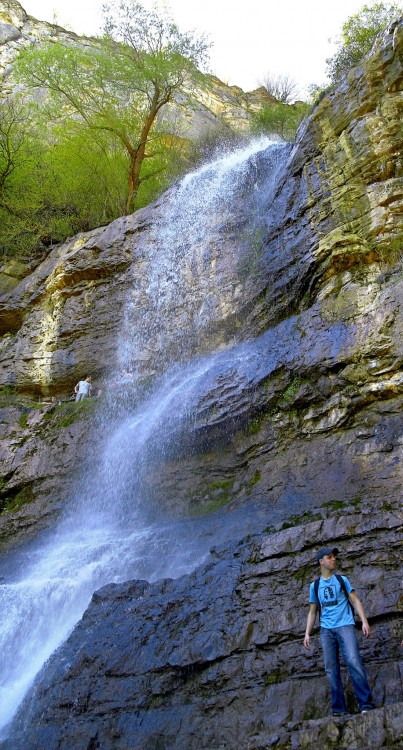 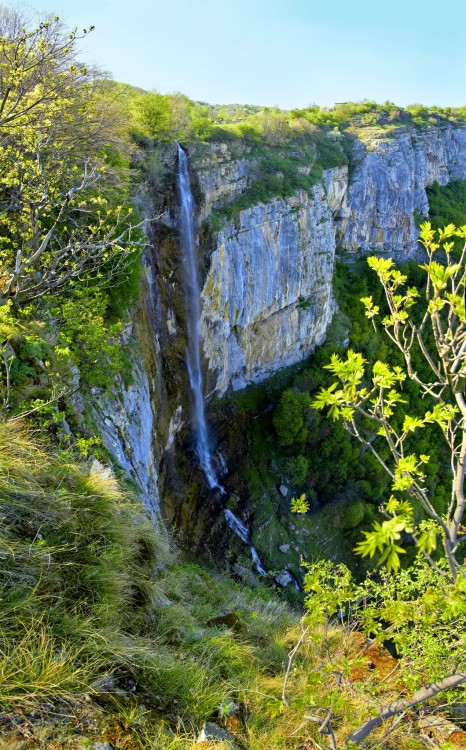 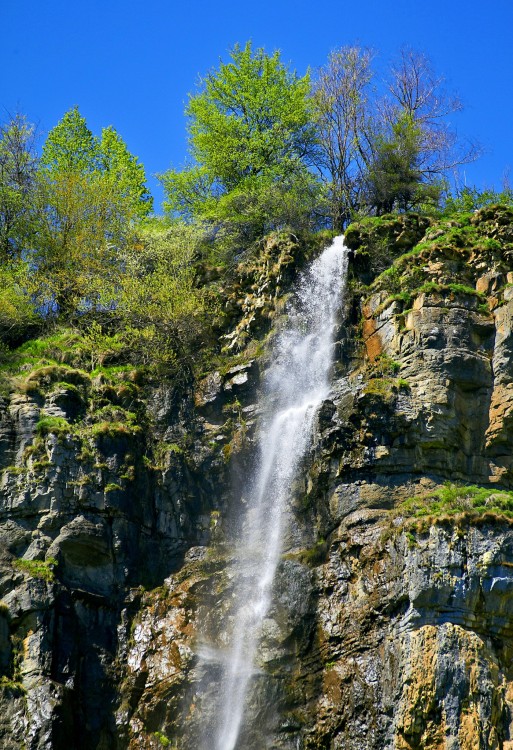 The Osenovlak Monastery, better known as the Seven Altars Monastery, is located near the village of Osenovlag. It was established in the 9th century by Petar Delyan’s brother Prince Georgi, who took his monastic vows under the name of Gavrail (Gabriel), and was buried close to the entrance of the monastery church. The church itself is unique not only in Bulgaria and the Balkans, but in all of Europe, too. It was built in 1815 and restored in 1868. On each side of the main altar are three small premises having separate entrances – altars (thrones) with rood screens. It is these seven altars that give the monastery its name.

It is thought that the monastery was built on top of a heathen shrine located in the Kaleto Fortress, whose ruins can still be seen above the monastery. The shrine was converted into a small church which was the monastery’s first building. Another legend tells that the monastery was established by seven boyars (or seven brothers) as early as the 9th century, who built the church with seven altars (thrones) – one for each of the brothers. This was a functional and design decision unheard of before in architectural history as it allowed for several independent divine services to be performed simultaneously.

Intended as a religious centre in Central Stara Planina, the monastery quickly became one for all settlements in its vicinity. The Seven Altars is not simply one of the oldest of fourteen Sofia monasteries that survived Ottoman rule but also one of the few monasteries today that are properly maintained, tidy, and adorned with beautiful religious paintings. Today the monastery’s court is perfectly kept, has plenty of green areas, lots of flowers, and several giant sequoias.

This monastery also gave shelter to Vasil Levski in 1869, during the Second Bulgarian Legion – the pre-eminent Bulgarian revolutionary established some of his committees here, since there are seven villages nearby. Some of Hristo Botev’s revolutionaries also stayed at the monastery in 1876. In 1892, the monastery was visited by Ivan Vazov who wrote about it in his ballad The Clapper Tolls. The ballad tells of the iron clapper placed underneath the monastery belfry, which was made using iron salvaged from the Kaleto Fortress gates in 1799 on the insistence of Sofrony Vrachanski who was hiding from persecution there at the time.

The Seven Altars Monastery is a cultural and national heritage monument. It is listed under No. 78 in 100 Tourist Sites of Bulgaria.